Virtual Reality for Writers - One Of The Happiest Accidents I've Made.

Of the many tools available to writers, I reckon the advent and popularity of virtual reality (VR) applications may be one of the most powerful additions to our author tool boxes.

I'll go on the record here - I'm a hopeless tech geek. If there is a new smart-phone or computer product or application or game on the horizon that piques my interest - (and has some relationship to Star Wars) - you can bet that I'll be the first in line.

When consumer VR was touted in the past couple of years, I was excited by the prospect and the potential of it as a piece of entertainment. But I feared that it would be out of the reach of the average consumer. Then along came Google with its entry - Cardboard. For roughly $20 bucks, you could order a foldable VR headset that would suit a variety of Android based devices and you could experience the wonders of VR at a budget price. 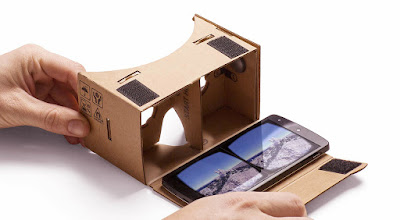 Of course I jumped in and I did so at a fortuitous time. With the arrival of the new Star Wars film, The Force Awakens, last year there was a tie in VR app that I just had to try out.

And it was so cool. Called "Jakku Spy" you got to immerse yourself in a bona fide Star Wars environment and interact with it through a series of scenarios that were meant to hint at plot lines and situations from the film. 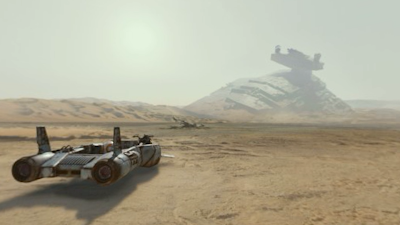 Fast forward to earlier this year, my phone contract was up for renewal and again, found myself in the right place at the right time. Samsung had just announced the release of its own VR headset - the Gear VR - and telcos were lining up to bundle this with the new Samsung Galaxy S7. So, I got mine and eagerly began playing with it. The Occulus Store had a few early release apps and games, all of which show off the capabailites of the Gear VR as an entertainment device. 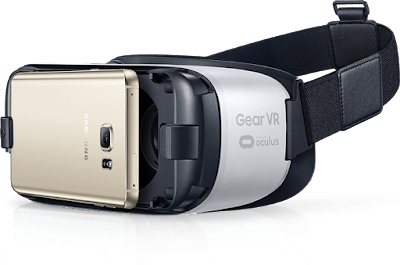 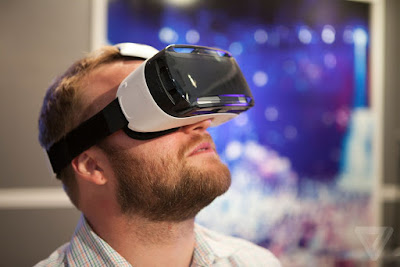 But then I discovered something that really showed me just how powerful a creative tool this could be.

So, I'm working on a new novel and its set here in Australia. In fact, it's set in a little mountain town Victoria called Walhalla - a place where I spent a lot of my childhood. Now that I live in Adelaide - a good 12 hour drive away - it's not convenient for me to get up to Walhalla and walk around the town, making notes about the physical environment, the buildings, notable land marks - that sort of thing. 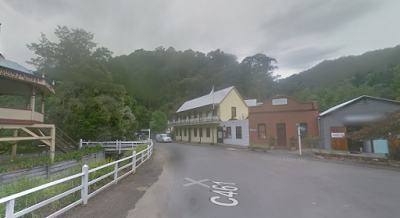 Well, with the Gear VR, my Samsung S7 and an app called VISO Places (free within the Occulus Store) I am able to conduct my own "virtual walk" through the town, make notes about the landmarks there and even brain storm story ideas based upon what I'm able to see within the environment. It's been quite a revelation for me as a writer. I can add so much authenticity to my scenes because, within less than a couple of minutes, I can drop myself into the very environment I want to be. 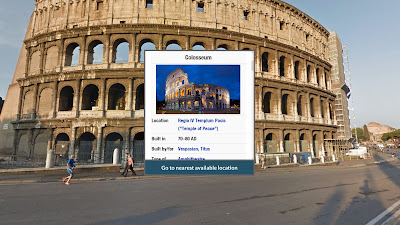 Imagine being able to visit Rome, the Colosseum and "virtually" walk through it. You can sit by the Trevi Fountain and look at the people going by (in still life of course, but it's still cool!). You can drop yourself into Times Square, New York and interact with the streets there, see the lights of the billboards and wonder about the lives of the New Yorkers all around you. With access to Google's current library of environments, the entire world is pretty much available to you. Future updates of the app plan to include audio support which means you will be able to access sound recordings of different environments. Imagine being able to hear the lapping of the water against the buildings of Venice.

I sound like I'm hard selling this and I don't mean to. It's just that the discovery of this has been one of the most accidental and delightful ones I have made. And I really do believe that it has helped me no-end with my current writing project.

Virtual Reality has been a boon for developers - allowing them to offer new and inventive interactive experiences for end users. For writers, VR opens up a world of creative possibilities, particularly those who can't just hop a flight and land in their favorite destination or setting for their latest novel.

It has become a genius tool for me.

Posted by DeanfromAustralia at 8:29 PM